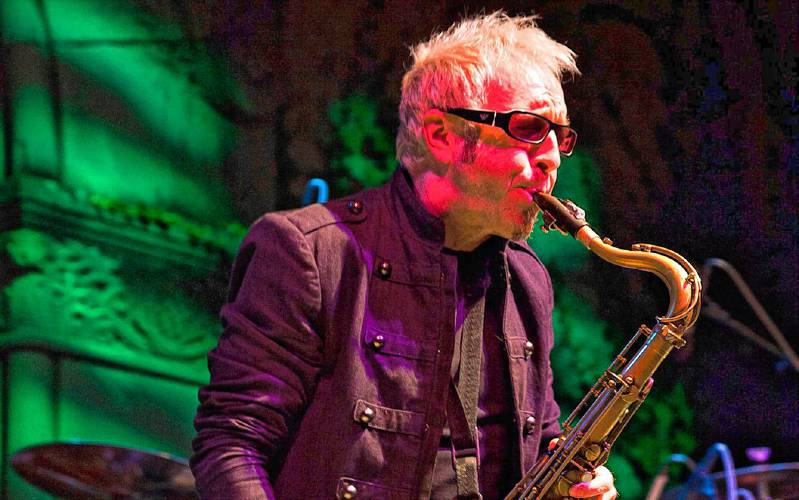 “Some people can’t get enough Christmas music, but others can’t run away from it fast enough. For years, Chicago free-jazz veteran Mars Williams has been refining a concept that can bring the two camps together under the same roof. Bringing things together is what he does: a prodigal multi-instrumentalist), he’s played rock with the Psychedelic Furs and the Waitresses, free jazz with the likes of Hal Russell, Peter Brötzmann, and Paal Nilssen-Love, and a bit of everything in the long-running Liquid Soul, whose freewheeling fusion combines jazz, funk, dance music, hip-hop, and more….he got the idea to combine Ayler’s music—which often subjects simple, folk-derived themes to extremes of timbre and emotion—with traditional Christmas . The resulting music is intense enough to vaporize typical holiday treacle, but it’s still recognizably seasonal”- Chicago Reader